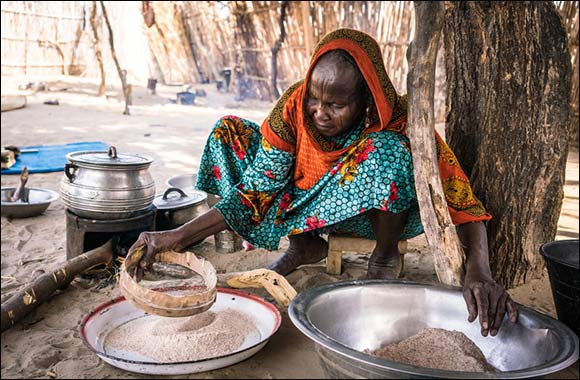 The UN World Food Programme (WFP)’s operational costs for 2022 will go up by US$ 136 million in West Africa alone due to the ripple effect of the conflict in Ukraine which is driving up global food and fuel prices. This, as acute hunger in the region has quadrupled in three years – reaching a 10-year high this year, with 43 million women, men and children expected to face acute food insecurity by June 2022.

This additional cost to WFP’s operations could have been used to provide six million school children with a daily nutritious meal for six months. This is unfortunate as millions of families in the region are unable to meet their basic food needs as a result of an unprecedented food crisis, driven by conflict, climate, the fallout from COVID-19 and high food prices.

“Soaring food and fuel prices will not only put millions at risk of hunger; they are also forcing WFP into an impossible situation of having to take from the hungry to feed the starving,” said Chris Nikoi, WFP’s Regional Director for Western Africa.

“Before the conflict in Ukraine, we were already being forced to cut rations in Nigeria, the Central African Republic, Chad, Burkina Faso, Cameroon, Mali and Niger due to limited funding. With the unfolding conflict in Ukraine, ports and suppliers are no longer accessible with shipments from the wider Black Sea delayed or simply cancelled, affecting WFP’s operations in Western Africa,” he added.

In response to the unprecedented food and nutrition crisis in Western Africa, WFP is scaling up its response to reach 22 million people with lifesaving and resilience building assistance.  This includes eight million women, men and children in dire food need across the G5 Sahel countries (Burkina Faso, Chad, Mali Mauritania, and Niger), during the agricultural lean season starting in June, until the post-harvest period in October.

To ensure effective implementation of its regional response plan, WFP urgently needs an additional US$ 951 million over the next six months.
“We need to ramp up our lifesaving assistance to limit the impact of the crisis on vulnerable families. But this vital emergency support has to be accompanied by longer-term interventions, by strengthening national systems and the resilience of communities, to reduce humanitarian needs over time and pave the way toward sustainable solutions to hunger and malnutrition. We have evidence from communities across the region that this works.” Nikoi noted.

Next in Government, Legal & Humanity