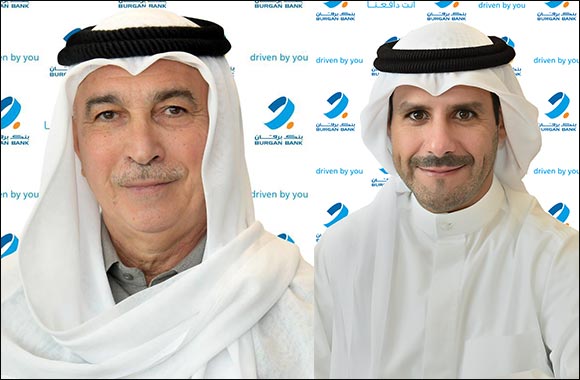 Posting an operating profit of KD 61.4 million and a net income of KD 27.2 million

Kuwait, 29th July 2022:  Burgan Bank announced its financial results for the first half of the year ended on June 30th 2022. The Bank’s reported revenues remained robust at KD 110.4 mn, mainly driven by a Net-interest income increase (+8.1 % y-o-y). Burgan’s Net interest margin also improved to 2.1% in H1’22 as compared to 2.0% during H1’21. The operating expenses were marginally higher at KD 49.0mn (up KD 4mn y-o-y) due to an increase in staff costs and other expenses. As a result, the Bank’s reported operating profits for the first half of 2022 stood at KD 61.4mn.

In addition to the above provision charges, Burgan also recorded a net monetary loss of KD 11 mn in its profit and loss statement on account of hyperinflation accounting for its Turkish subsidiary. Consequently, the Bank’s Net Income stood at KD 27.2 mn in H1’22 as compared to KD 24.0 mn in the same period of 2021. The Bank’s asset quality also improved significantly in H1’22 to 2.6% as compared to the 4.5% reported in H1’22, which represents an improvement of 190 bps y-o-y. Burgan’s NPL coverage ratio improved from 193% in H1’21 to 235% in H1’22.

Burgan Bank has also continued to show keen support to the banking awareness campaign “Diraya” through its social responsibility program activities and other dedicated initiatives. With the launch of its innovation lab, Burgan is also pursuing its innovation and human capital development strategy to build a future-ready workforce with a stronger local talents pool to lead the banking sector.
Commenting on the positive financial results, Sheikh Abdullah Nasser Sabah Al Ahmad Al Sabah, Burgan Bank’s Chairman, pointed out that the ascending progression across the major financial indicators proves the effective implementation of the Bank’s strategic core pillars of sustainability, digitalization and human capital development.

Sheikh Abdullah Al Sabah also noted “Achieving such robust results indicates that Burgan is set on the path of sustainable growth with steady positive performance delivering an added value to shareholders and an elevated banking experience to customers. Driven by our strong commitment to strengthening the ESG framework implementation with business practices and choices that amplify a positive impact on our community and environment, I am confident that Burgan Bank will continue progressing towards the set goals for sustainable and meaningful development and excellence.”

Mr. Masoud M.J. Hayat, Vice Chairman and Group CEO of Burgan Bank, pointed out that with the overall more favorable economic outlook for Kuwait and the stronger operating environment reflected well on Burgan’s results and will provide a great push to the Bank’s strategic focus on the domestic market with expectations of a sustained growth.

He further stressed “Burgan relies on a solid financial core and stable assets quality to unfold a strategic course focused on diversifying the bank’s offering and expanding its portfolio by investing in innovation, digitalization and competent experienced human resources. The positive financial performance so far in 2022 translates the effectiveness of our strategic course focused on the goals of delivering an elevated banking experience to customers and safeguarding the Bank’s fiscal health to yield greater value to our shareholders.”

The consolidated financials for Burgan Bank include the results of the Group’s operations in Kuwait, as well as its share of results from its subsidiaries, Burgan Bank Turkey, Gulf Bank Algeria, Bank of Baghdad and Tunis International Bank. Through this regional reach, Burgan Bank has one of the largest regional branch networks across Kuwait, Turkey, Algeria, Iraq, Tunisia, Lebanon and a representative office in the United Arab Emirates.


ABK and Emirates Skywards Commemorate 20 Years Of An Exceptional Relationship

How Does HUAWEI Nova Y90 Smash Competition In The Entry-level Segment?

Five Reasons Why We Love The New Huawei Nova Y90, The Powerful Star With A Massi ...

HUAWEI Nova Y90 Proves that Entry-level Smartphones Can be Amazing

Your Signature Style with Pandora

Hands On: The All-round Stylish and Pro Flagship Tablet Huawei Matepad Pro - It' ...

HUAWEI MatePad Pro is the All-round Stylish and Pro Flagship Tablet Perfect for ...

Huawei Expands its Portfolio with the Launch of its First 16-inch Laptops in Kuw ...