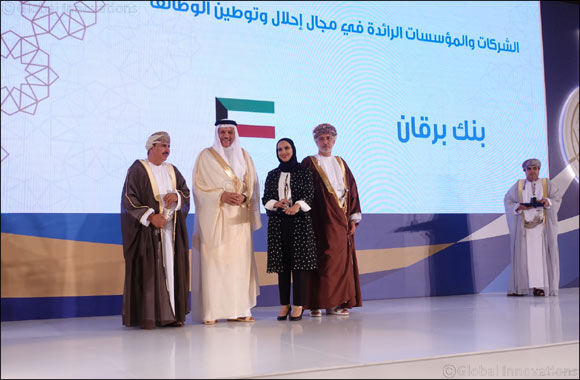 Kuwait – 26 September 2019:  Burgan Bank, the progressive financial powerhouse in Kuwait and the region, announced its latest award from the Gulf Cooperation Council for the Arab States.

Burgan Bank was nominated for achieving one of the highest nationalization in the field of job placement and localization in the GCC in 2018.This recognition was presented during the meeting of the GCC Ministers of Social Affairs in Oman.

The award was received recently on behalf of Burgan Bank by Ms. Maali Al-Rushaid, Head of Human Resources and Development at Burgan Bank in the Oman capital.

Burgan Bank has recruited over 500 nationals into its workforce since 2015 and rewarded them with best-in-class benefit programs to aid their career development and growth opportunities in the Bank.

As a valuable contributor to Kuwait’s long-term economic growth, the staff have been employed under our various divisions that range from Retail, Operations, Investments and Risk departments.

Panasonic Jaguar Racing Head to Berlin for a Lockdown Showdown

NAS and IGC Authorized for PCR Testing of Travelers from Kuwait

Make Up for Ever Introduce Two New High Performance Products Within the Aqua Res ...

Mouawad Reveals the Journey of the Extraordinary Botswana Diamond

Pandora Joins Forces with UNICEF to Raise Over $1M in Aid of New One Love Initia ...