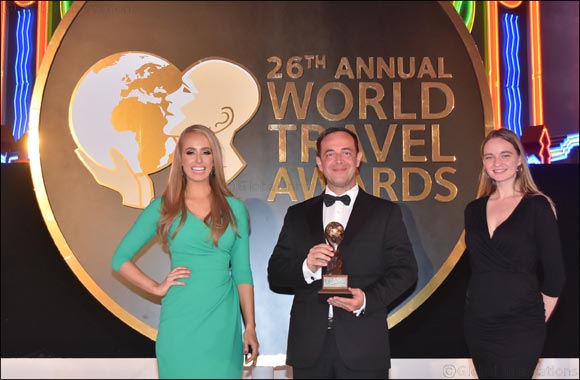 “Winning consecutive seven years in this prestigious award category marked a history of excellence in Kuwait. My team is delighted to provide inspirational hospitality and best-in-class service” said Otto Kurzendorfer, The General Manager of The Regency Hotel Kuwait. “So a big “thank you” to the originators of this great achievement being every team member here in the estate, striving year after year to deliver an outstanding & luxurious guest experience” added Kurzendorfer.

The Regency Hotel Kuwait is a five-star hotel with 203 elegantly designed rooms and suites, reflecting the traditional style and values of the region. The hotel is a luxurious retreat with exceptional hospitality at its core. It is ideally situated on the shores of the Arabian Gulf, located just a short 20 minutes drive from Kuwait International Airport and within easy reach to Kuwait's prime business, shopping and entertainment destinations.