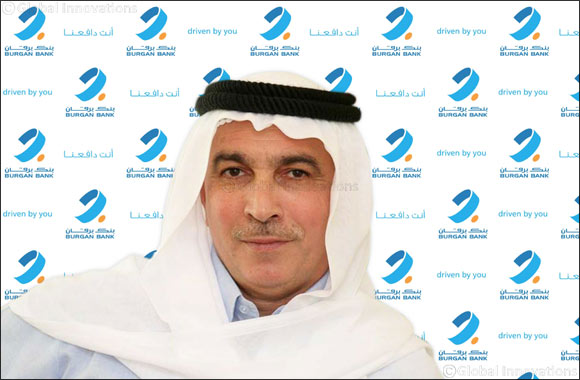 Career spans over 44 years of experience in banking and investment

Kuwait –13 April 2019:   Burgan Bank is pleased to announce the appointment of Mr. Masaud Mahmoud Haji Jawhar Hayat as a Group Chief Executive Officer after obtaining the approval of the Central Bank of Kuwait and the Board of Directors as of April 11, 2019. This move is a positive step towards facilitating the continuous development of Burgan Bank as one of the pioneering banks in Kuwait, the Middle East, and North Africa.

Mr. Masoud has a proven track record in banking, commercial and investment industries and asset management in the region. He has a backing of over 44 years of local and international expertise in executive, leadership, and supervisory positions in financial and banking institutions as well as investment companies. Mr. Hayat has held key positions in the KIPCO Group since 1997, where he was recognized for his expertise and multidimensional skills.

Mr. Hayat - Chief Executive Officer of the Burgan Bank Group said, ”I am honored to be handed the most important role of leading such a dynamic brand into the next era of growth through a clear, effective vision and strategy. I am confident of the suitable cadres and field qualifications of our teams and look forward to reaching new heights in the group with advanced local and regional banking knowledge.”

Mr. Hayat holds a BA degree in Economics from Kuwait University and a General Diploma in Banking Sciences from the Institute of Banking Studies in Kuwait. He also studied at the International Institute for Management Development in Geneva, Wharton School of the University of Pennsylvania, and John F. Kennedy School of Government at Harvard University where he studied the Executive Management Program.